Warcraft III Complete Edition is a Strategy game for PC published by Ballistic Interactive in 2002. Kill your enemies, claim and win battles!

collect resources, train individual units and heroes and build bases in order to achieve various goals or to defeat the enemy player.

(Including all versions: Reign of Chaos – The Frozen Throne) 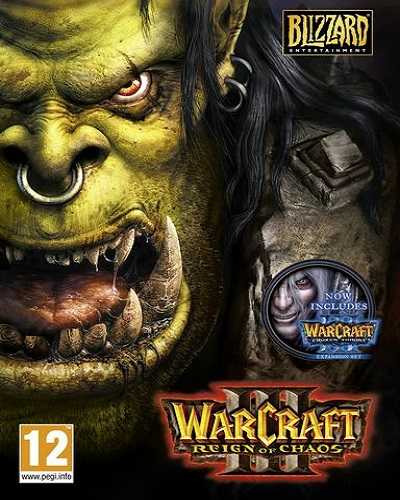 Warcraft III  is a high fantasy real-time strategy video game developed and published by Blizzard Entertainment released in July 2002. It is the second sequel to Warcraft: Orcs & Humans and the third game set in the Warcraft fictional universe. An expansion pack, The Frozen Throne, was released in July 2003.

Four playable factions can be chosen from: Humans and Orcs, both of which appeared in the previous games, and two new factions, the Night Elves and the Undead. Warcraft III’s single-player campaign is laid out similarly to that of StarCraft and is being told through the races in a progressive manner. Players can play matches against the computer or against others using local area networking or Blizzard’s Battle.net gaming platform.

Warcraft III takes place on a map of varying size, such as large plains and fields, with terrain features like rivers, mountains, seas, or cliffs. During a game, players must establish settlements to gain resources, defend against others, and train units to explore the map and fight computer controlled foes. Additionally, a new “upkeep” system means that producing units over certain amounts will decrease the amount of gold one can earn, compelling players to focus on playing with a limited number of units to avoid penalties.