UTOPIA 9 A Volatile Vacation is an Action game for PC published by Whalegun in 2016. Ready to start an amazing vacation on other planets?

A planet named UTOPIA 9 set in the future, Is full of dangerous creatures. You will enter this planet as a hero to defeat all of the enemies with your powers. 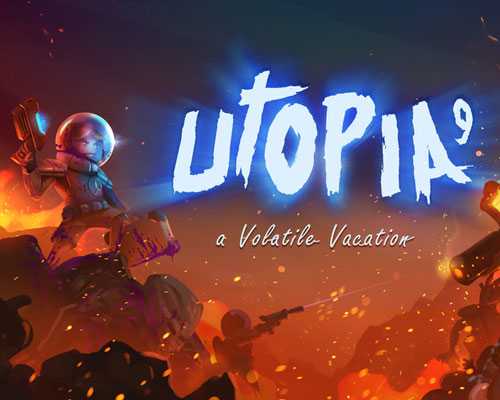 The most important thing at UTOPIA 9 A Volatile Vacation is your loot bonus. When you kill an unique enemy, You get a loot score. They can be used to improve your abilities and also get new weapons on the store. There is a system named The nemesis system which adds unique enemies randomly to the environments. So, You should always be prepared to face any kind of the invaders. It seems easy but the number of them will get increased so fast in the higher levels.

Your defensive and aggressive skills are important too. These skills can be earned by passing the levels. You can also make them much better by the items. There are hundreds of items that can be found or purchased to make your character an honorable hero. Your hero can be equipped by items such as armors, shields and etc. You won’t have any help in the battles. It means that you have to fight all of the enemy characters alone. Will you be able to save the planet?

You can see lots of details by using maps at UTOPIA 9 A Volatile Vacation. The gameplay is really challenging which will make you addicted to this rogue-like 3D game!

Features of UTOPIA 9 A Volatile Vacation: