Talisman Digital Edition is an RPG and Strategy game for PC published by Asmodee Digital in 2014. Face your rivals and become victory!

Control different characters such as warrior and sorceress to face and beat your opponents and survive the dangers. 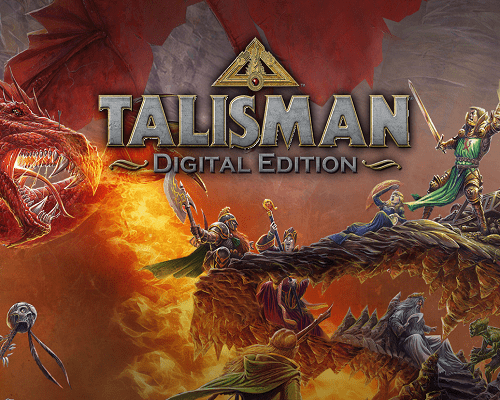 The officially licensed multiplayer version of the classic fantasy adventure board game, Talisman. In Talisman Digital Edition, there are 14 characters a player can control, from the heroic Warrior to the powerful Sorceress. In this perilous adventure, players battle it out to journey across a dangerous land and be the first to claim the Crown of Command, a magical artefact with the power to destroy all rivals and make the bearer the true ruler of the kingdom. On your travels, you will need strength, courage and some good dice rolls to survive the dangers you face and beat your opponents to the centre of the board.

Talisman is a board game in which you move around the board building up your character’s strength and magic power by battling monsters, finding treasures, completing quests and trying to be the first player to reach the centre space – the Crown of Command.

The physical board game can take 2-5 hours with 6 players, but our digital version cuts that down drastically, with an offline 6 player game typically taking no more than 1 hour. Offline and online games can be saved and resumed at any time so your adventures can take as long as you like! We’ve also added some features which decrease the length of games – House rules and Runestone cards. House rules change the basic rules slightly to speed-up the game and Runestone cards, exclusive to this digital edition, give characters extra abilities.