Newton and the Apple Tree is an RPG game for PC published by Sol Press in 2018. Travel in time and meet Newton as a small girl! 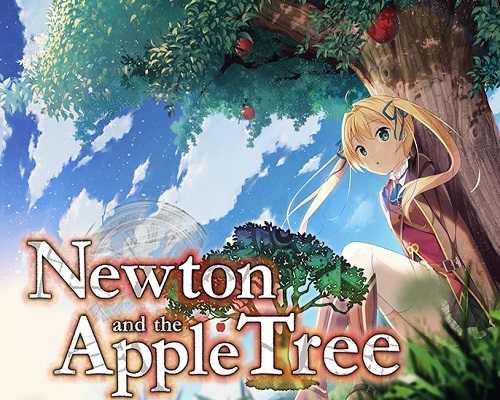 “‘Newton’ was actually the pen name of a brilliant-minded girl!?” Protagonist Syuji Asanaga and his childhood friend Yotsuko Utakane, while tracking down Syuji’s missing grandfather, unexpectedly ended up traveling through time to the 17th century, a time known for exciting advances in scientific discovery.

What they witnessed upon their arrival was the presence of a single girl right in front of them. This particular girl would go on to be dubbed as the father of modern-day science, Sir Isaac Newton! That’s correct, Newton turned out to be a small, flat-chested girl! Unaware of this, Syuji loudly crashed into the apple tree right in front of the girl. “You do realize that I was just on the verge of making the most groundbreaking discovery, don’t you!?” It was at the moment our main couple traveled through time, right then and there, that Newton discovered universal gravitation!

And just like that, through Syuji’s witless conduct, the great scientific discoveries of that century had all crumbled to ashes. What’s more, like the domino effect, this would gradually end up altering key points in history.  Now taking up residence at the prestigious English university called “Tenbridge University,” Syuji finds himself pulled into the antics of four strange girls (and Yotsuko). In the midst of all this chaos, will Syuji ever be able to rectify history and return to the present!?

Features of Newton and the Apple Tree:

0 Comments ON " Newton and the Apple Tree Free Download "