MMA Arena is a Sports game for PC published by Digital Tribe in 2019. How good are you in using your martial arts skills to beat your foes?

You are going to build your deck and start fighting with all the skill you have got! 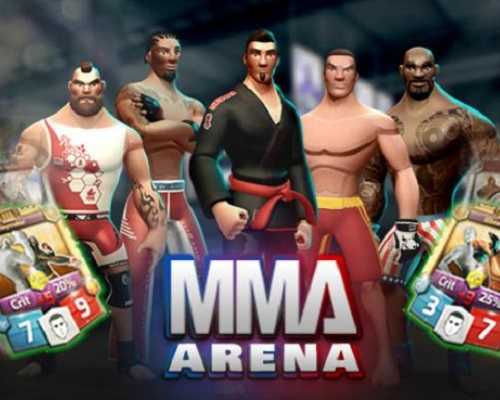 MMA Arena is a fighting game that uses deck building mechanics to throw you into an authentic world of Mixed Martial Arts. Become the ultimate MMA Champion by using a unique turn-based gameplay system that’s easy to learn, difficult to master and brutally addictive!

MMA Arena introduces players to the grueling world of Mixed Martial Arts. The game hopes to capture the desire, grit, and tenacity required from those interested in excelling at this sport.

Using a robust deck building mechanic, MMA Arena guides its players from the first day they walk into a gym through their quest of becoming an MMA Champion.