Hero of the Kingdom II is an Action, Casual and RPG game for PC published by Lonely Troops in 2015. Protect two orphans from problems!

Help an orphan and his sister who receive shelter from a kindly fisherman where disaster soon strikes when the young girl is kidnapped during a pirate raid. 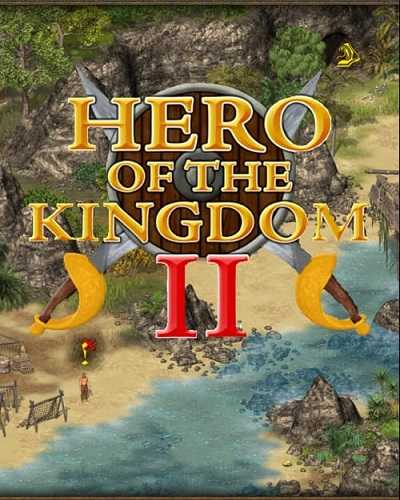 Sail to the farthest islands to save your sister and defeat pirates.

You and your sister had finally found a safe haven in a small fishing village. But more troubles came soon after that. The threat of an unstoppable crew of pirates spread its shadow over the entire kingdom. Your beloved sister was kidnapped by the pirates and taken far away to lands unknown. You have no choice but to embark on a journey to save her and you must be brave. You will travel to the end of the world, helping people, fulfilling quests, learning valuable skills, and finding hundreds of useful items.

In many ways Hero of the Kingdom 2 is very obviously a successor to the previous game. The same grinding mechanics and resource management are back. But like any good sequel it does manage to expand on this, with different ways to grind for gold (which means at least when you get bored you have another way to create resources) and further expansion of resting areas and quest types to make the game more interesting and varied than before.

Features of Hero of the Kingdom II:

2 Comments ON " Hero of the Kingdom II Free Download "