Final Goalie Football Simulator is an Action, Sports and Simulation game for PC published by Ivanovich Games in 2016. Time to goalkeeping!

If you’re tired of playing football in franchises like FIFA or PES, You can play as a goalkeeper now. This is a VR based game that you can feel goalkeeping with your bones. 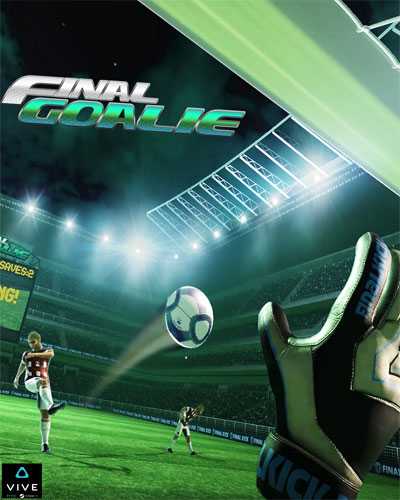 The professional players will prepare themselves to shoot at your goal. As they can shoot very well, You need to be a great goalkeeper against them. There are some primary skills that you need to learn at first. It’s not so hard to learn them. Final Goalie Football Simulator includes three enjoyable games modes; Simulator Mode, Arcade Mode and Multiplayer HTC-VIVE vs Mobile. All of the modes will be available for the beginner players at first.

The first mode is fully based on the reality. The developers have made this mode by capturing the movements of the professional football players. But the second game mode has odd stuffs such as power-ups. There are different types of power-ups like Giant Gloves that you can use them in this part to win the levels. The third game mode needs a HTC-VIVE headset to be played. It’s the most enjoyable part of the game that you should play it with that VR headset.

It’s good to know that each game mode has 150 levels in total. So, Final Goalie Football Simulator includes hours of fun for the fans of football. Don’t forget to play this game with a VR headset!