Disc Creatures is an Adventure, Casual and RPG game for PC published by DANGEN Entertainment in 2019. Solve mysteries!

You will be copying the creatures’ power and use them to save the world by solving secrets and mysteries. A pixel game to explore. 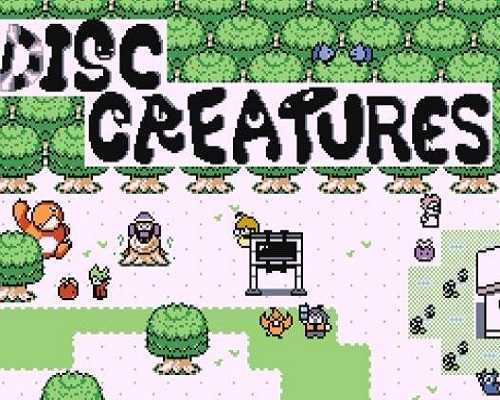 Disc Creatures is a tribute to classic monster-catching RPGs from the golden days of portable gaming. Choose your three starter creatures and set off as a licensed Disc Ranger (a DiscR!) to tame the greatest of creatures and bring peace to the land!

Disc Creatures is set in a world where humans live alongside a wildly varied cast of creatures, all with different personalities, abilities, and moral codes. Travel across a quaint, quirky landscape, taming creatures and helping those in need! Mysteries fill the land of Disc Creatures, and some are darker and more formidable than one might expect…

Message from the Developer: When I was a kid, I was really into games that had a lot of unique monsters. Monster-themed games came out one after another, and among these titles, a variety of interesting monsters were born. I was influenced by this and used to show off the monsters I thought up and drew on the edge of my notebook to my friends. Disc Creatures is a game I’ve made without forgetting the monsters that were born on the edge of that notebook. While searching for memories of games at that time, I made this game with a feeling of nostalgia myself. If you consider this is nostalgic as well, I ask you to play the game remembering a little about the old days.