CHIKARA Action Arcade Wrestling is an Action and Sports game for PC published by Reverb Triple XP in 2019. Beat your opponents!

Bring on what ever you have with yourself. Kick all of your opponents one after another and remember, Do not look up at the lights! 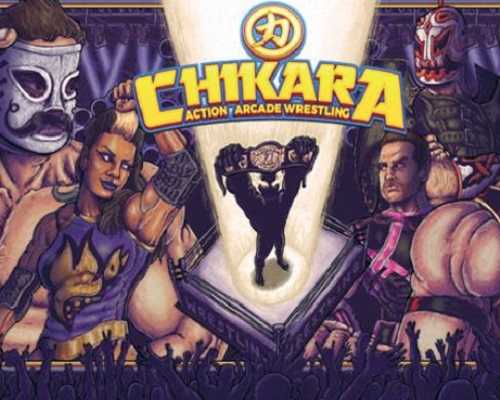 Perform a BODY SLAM, knock’em down with a CLOTHESLINE, pull off the classic PILEDRIVER AND… shoot a FIREBALL into your opponent’s face?! Whatever you do… don’t find yourself looking up at the lights!

Welcome to the world of CHIKARA: Action Arcade Wrestling combining everything you love from the 90’s with the theatrical flair only found in the independent wrestling phenomenon CHIKARA Pro. Join the “CHIKARMY” and step through the ropes in this fast-paced, arcade wrestling extravaganza to superkick the overly simulated wrestling games out of the ring! Choose from a roster of 30+ authentic CHIKARA wrestlers executing their signature moves and unimaginable abilities in the most over-the-top wrestling game ever conceived.

If that isn’t enough crazy for you, jump into the Wrestle Factory to create your ultimate wrestler. The Wrestle Factory provides an unprecedented amount of creation tools where gamers can unleash their creativity. Whether it’s your favorite superhero or most feared monster CHIKARA’s Wrestle Factory is only limited by your imagination.