Bullshot is an Action, Adventure and Platformer game for PC published by Gato Salvaje S.L in 2016. Your planet is under attack now.

Valer is the name of your planet that its people were living in peace for thousands of years. No one thought that it would be in danger after those years. 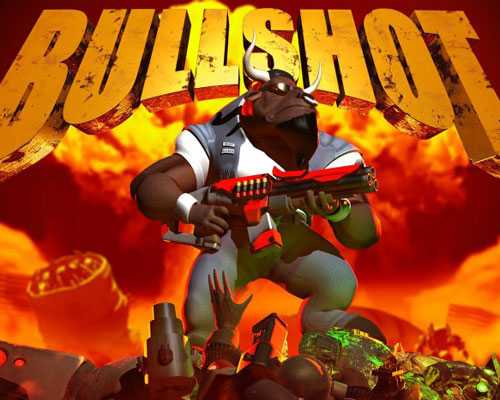 You will play as a character named Frank F. Franky. He is the commander of a group named Bulls of Anarchy. He has decided to remove the planet from the invaders. But he needs your help to defeat them all. The enemies should be defeated from the inside. So, You have to find their main base to attack it with all of your powers. You’re free to use modern weapons to shoot at them in Bullshot. There are different types of weapons that can be unlocked by you in the future.

The players will have endless ammo during all of the levels. So, You should always push shooting button to make high damages. If you want to complete all of your missions successfully, You need to plan for each level. The enemies will be much more than you think. Bullshot includes nine enjoyable levels that will challenge your skills so much. There are also four types of screens in this game; CRT, VHS, B&W, broken. They will make the game like the old titles.

When you finish a level successfully in Bullshot, A boss battle will arrive. If you haven’t got enough skills, It will be really hard to defeat the boss fights. As you know, They are much powerful than the normal enemies.