Virtua Cop 2 is an Action and SImulation game for PC published by Sega in 1995. As a police officer, you are going to fight the bad guys!

This is a nostalgic conversion from an arcade coin-op machine game where you fight the bad guys. 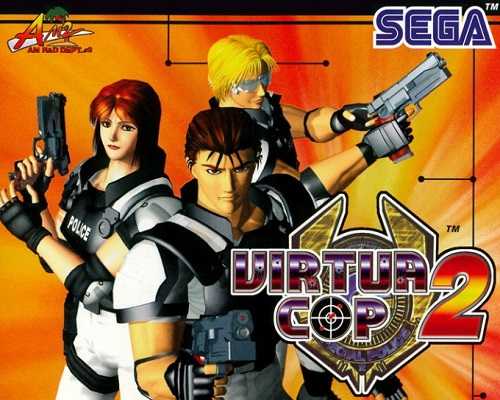 The game features three levels through which the player’s movement is automated on a predetermined path. However, unlike the first Virtua Cop, at certain points, the player picks their route from two possible choices. It is the player’s job to shoot the criminals that appear before time runs out and they shoot back while taking care not to shoot any innocent bystanders.

Along the way, there are various objects in the background that can be broken if shot, some of which will reveal power-ups afterward. As with the first Virtua Cop, players earn extra points for “justice shots”, meaning shooting an enemy’s gun hand to disarm them without killing them.

By consistently defeating enemies without taking hits or shooting hostages, the player increases the multiplier which is applied every time they earn points. At the end of each level, there is a boss battle, as well as one extra final boss battle after all three levels have been finished.