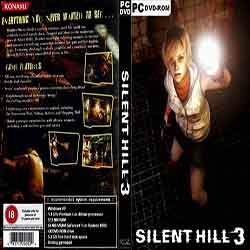 Silent Hill 3 is an Action, Adventure, and Horror game for PC published by Konami in 2004. The game begins 17 years after the end of the first part!

It is set in a fictional universe, partly resembling the real world, where everyday reality intersects with another alternate world filled with monsters.