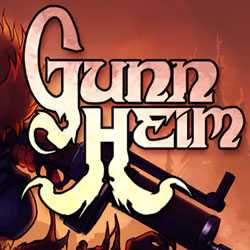 Gunnheim is an Action and Arcade game for PC published by Meridian4 in 2014. The vikings are here with their modern weapons to fight!

As you know, They were a powerful tribe. Image what would they do, If they had a real gun. They have turned into unstoppable troops.