Yaga is an Action, Adventure and RPG game for PC published by Versus Evil in 2019. Your fate is being watched and you must find yourself a wife!

A bad luck blacksmith whose grandmother is looking for him to marry. Explore different environments and fight the enemies to get what you want. 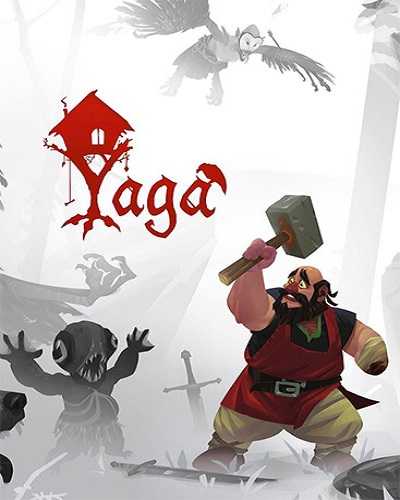 Play as Ivan, a one-handed blacksmith cursed with incredibly bad luck. Ivan is caught between a Tzar giving him impossible tasks, a mysterious witch who wants to manipulate him, and his grandma who wants him to find a wife. Start your journey in an action RPG where the story and characters react to the way you roleplay your character. Building a reputation through roleplaying results in different interactions with villagers and NPCs, unlocking secrets, trading options, or bestowing game-changing curses or blessings upon the player character.

Pagan beliefs and superstitions are key to unlocking hidden secrets, getting house spirits on your side, or avoiding the powerful curses of unclean creatures. Yaga is an action RPG with a charming narrative that adapts to your choices, set in the world of Slavic folklore.

Smash, clobber and bash the murderous legends of Slavic mythology in this darkly funny action role-playing game that changes every time you play. Play as Ivan, who must take on the impossible tasks given to him by the tzar. All the while the mysterious witch, Baba Yaga, watches over Ivan’s fate.