Warstone TD is a Strategy game for PC published by Battlecruiser Games in 2018. The villagers need a hero like you to save them!

Lots of enemies are around your village that want to destroy everything. You’re the only one who can defend against them. 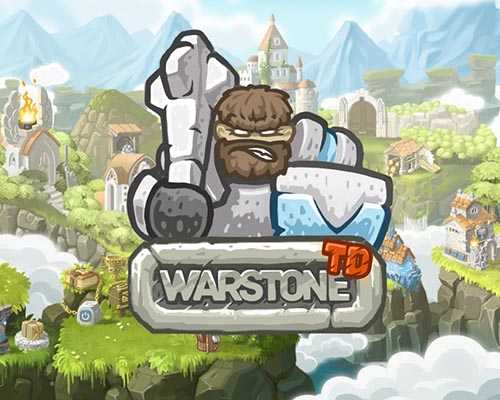 A fearsome Chieftain is gathering an army, intent on the subjugation of the realm. The Villagers cry out for a hero! Someone to rise up and rescue them from their plight. This burden falls to you. Build a city, train an army, and equip your subjects. Seek out the assistance of helpful allies, such as dwarves, amazons, and sorceresses. With allies to help, and an army of your own, you can defeat the invading army and make the realm safe again!

Unlike regular Tower Defense games, Warstone TD has a unique method of summoning defenders (towers). You start with a fairly empty map and a few stones where you can place defenders. As the level progresses, more stones appear and some even drop from enemies, allowing you to place them in any valid position on the map. Powerful Warstones also appear occasionally which give significant bonuses to defenders standing on them.

You can summon any of the 5 basic defenders on the stones: Peasant, Archer, Rifleman, Sorceress, and Elemental. Each basic defender has its own upgrade path, damage type, gold cost, and special abilities! Warstone TD also has 2 extra base units only available for use in attack/defense missions, the Eagle and the Wolf. Each have branching upgrade paths, like the basic defenders. With such a variety of defenders and game classes there is a huge amount of tactics in PvP battles, increasing replayability even further!