Winds of Change is an Adventure and RPG game for PC published by Tall Tail Studios in 2018. Play a great visual novel game with plenty of characters!

Join a group of characters in a great art VN game where emotions are clearly understandable through arts. 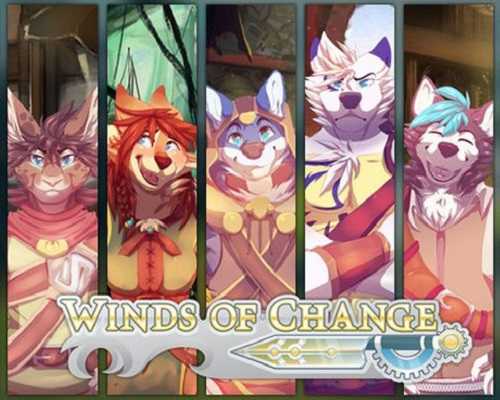 Winds of Change is a 2D Adventure game set in a living, breathing fantasy world. Embark on the journey of a lifetime! Join The Rebellion, amass an army, and liberate the world! Fully voice acted, with romance options, side quests, and optional content! Inspired by Dragon Age and Mass Effect. A huge amount of dialogue choices let you role play exactly as you want! Huge conversational trees! A game-changing 2D adventure project!

In the world of Alestia, the sheltered forest village of Valinorth exists largely independent from every other nation, never taking sides in political conflict and remaining non-partisan. Every generation, a special child is born in Valinorth. They house a vast amount of spiritual energy within them, and they use this to commune with the realm of spirits. Harnessing that energy to induce premonitions of the future, Valinorth has remained forever safe, taking care of any threat foreseen by the “Seer”.

However, the recent threat is too much to handle on their own. Forced to take sides, the Seer is thrust into the larger world of Alestia and taken in by the wings of The Rebellion after an unbelievable vision shakes the very foundation of Valinorth. Taking up arms against the tyrannical rulers of Alestia — The Triumvirate — you take on the role of the Seer. Explore the world, form alliances, and build an army. Every step you take will determine the fate of the world, and everyone in it.

Features of Winds of Change: