Warhammer 40000 Space Wolf is an Action, RPG, and Strategy game for PC published by HeroCraft PC in 2017. A Warhammer 40k turn-based tactics strategy!

It looks like XCOM, but since it’s a 40k world, it’s a shot-and-hit world where the concept of cover and stealth doesn’t exist in the first place. 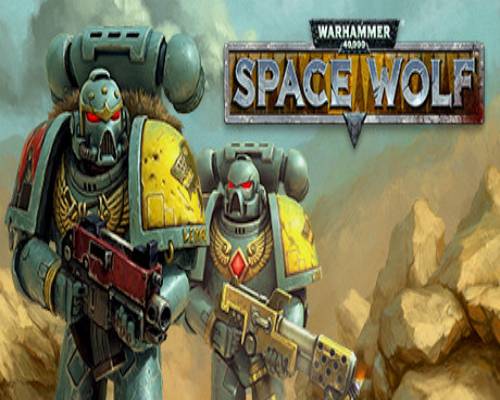 Take command of a Space Wolves squad led by Valgard Twice Slain. Your Great Company’s Strike Cruiser fell into a trap set by Chaos Space Marines of the Word Bearers legion – causing you to make a forced landing on Kanak, a volcano-wracked feral world, inhabited by tribes of ruthless barbarians. Not only must you survive, but you must emerge victorious.
Let’s start with the good thing. The overall gameplay of Warhammer 40,000: Space Wolf is fun and interesting. A combination of a deck-building card game and a turn-based strategy game. A neat combination of interesting ways to build three different classes each with different kinds of strengths and play styles. Each of the classes has its own cards as well as shared cards which will be used in all decks.
This is the most fun part of the game, getting the cards you want and like to use, upgrading them, and using them in battles. Oh, and the battles! We absolutely love the Effort system they have in this game. Each action will use up Action Points, which will limit how many cards you can play each turn but they will fill up your Effort too, which will determine the order of the turns. So if you have too much Effort you will be a sitting duck for the enemies. Really neat which changes the gameplay from other turn-based games we’ve played.