UnMetal is an Action, Adventure, and Platformer game for PC published by Versus Evil in 2021. A very not “serious” Metal Gear! 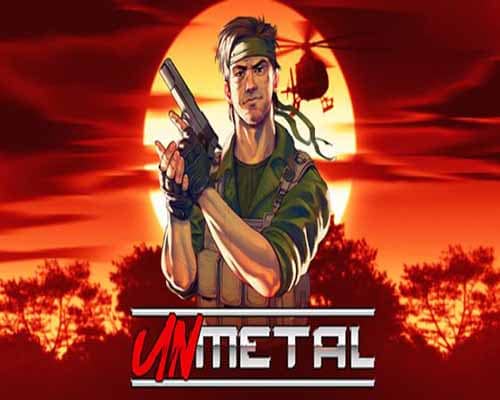 Inspired by Metal Gear, especially the first MSX Metal Gear, bringing the stealth-2D formula with a top camera, a little-explored part of the genre. The protagonist, Jesse Fox, is captured by the US government, being interrogated and telling the story of the game itself, in a totally debatable way. Through this, the player can make some choices during the campaign, where you create different situations, usually something related to difficulty, where the game can even play a trick on the player.
Aside from the relaxed atmosphere, there are interesting mechanics. It’s a stealth game with all the basics of the genre, like sneaking down enemies, making noise to get attention, carrying bodies out of sight, etc. You have an inventory with several items, despite limited uses, the player can use them and mix them, usually as part of some puzzles, with your character playing a MacGuyver.
The game has a lot of charm and is humorous. As funny as not all jokes can be, it was a fun journey all in all. Mixing good ideas and attention to mere details, what works as a comedy, also works as a game and in addition to paying homage to the Metal Gear series.