Townsmen is a Simulation, Strategy and Casual game for PC published by Headup Games in 2016. Build your own village in different ages.

You can start it by creating a farm in an empty space. There will be only a few villagers to help you in the first level of this strategy game. 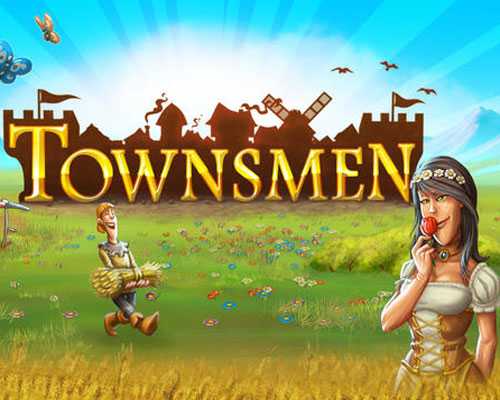 When you got enough coins, You will have your own little village with happy folk! Most of them can be used as working forces in the village. If you make them satisfied, They will become happier. The happier they become, The harder they work. Then, You can get taxes from your folk in Townsmen. They won’t pay that until you make an acceptable place for them to live. You’re free to build different types of buildings in the village with your own style.

Some of the buildings can be used as decoration such as statues. One of your tasks is to protect your people against the dangers. There are some bandits who lives near the village. They may invade the village for robbery. You have to stop them as soon as you can. Otherwise, You will lose valuable stuffs like coins because of that. You can build a castle for your kingdom in the village of Townsmen. Actually, It will be the most important building in your lands.

Most of the buildings and items will be locked at first. The players have to reach higher levels to unlock them. Townsmen was published for mobile phones some years ago. After it succeeded in those devices, The developers decided to make a PC version with lots if improvements.