Tower Hunter Erzas Trial is an Action, Adventure and RPG game for PC published by IceSitruuna in 2018. Step in the world of Tower Hunter!

Many warriors have already gone before you to solve the unsolved secrets of the tower in the world of Tower Hunter. Now is your time to get involved. 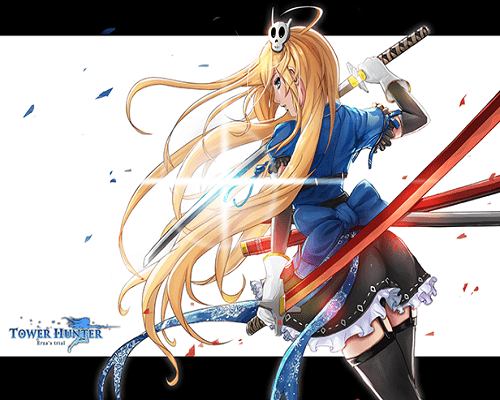 With features of roguelike and metroidvania,players of Tower Hunter: Erza’s Trial fight their way up in the world of a giant tower with random modules. Due to a contract between our heroine Erza and a demon, Erza is beamed back to the original start every time she dies. As time loops, Erza, becomes a strong fighter who can make her way to her target.

The empire grants different levels of licences to the warriors exploring the tower, according to the rarity of the cards they have collected. These licences bring with them status and power. Nobles have gone to the tower to compete for status and glory, but none have been as fortunate as our heroine Erza.