Total Miner is an Adventure, Open World and RPG game for PC published by Studio Forge Ltd in 2016. Create your own world.

If you want to create a new world made of colorful blocks, This game is available for you. Your creativity will specify that how cool this world be. 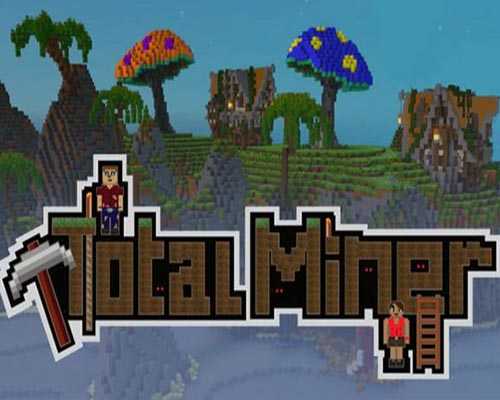 Total Miner is an open world voxel sandbox game. It is primarily designed for creative RPG game builders, but also has two action/adventure style game modes where you can just jump in and play. Creative Tools: Fill and Clear large areas in one operation. Replace blocks or textures over large areas quickly. Have the game build lines, paths, walls, sphere’s and forests for you. Flood large irregular spaces with any block using the painters algorithm. Copy and paste parts of your world or save parts as components for use later or in another world.

Built in Script language and editor with full help documentation and examples: Automate manual tasks, create quests, mini games, boss fights, almost anything you can imagine with this powerful scripting tool. Can also be used by the NPC behaviour and dialog trees. Zones: Wrap zones around areas of your world to protect them or set custom properties. Permissions: A powerful set of player permissions to control who can do what and where.