Tomb Raider II is an Action, Adventure, and Puzzle game for PC published by Square Enix in 2012. The childhood nightmare returns!

The 2nd installment in the Tomb Raider series asks you to get along with Lara as she journeys near the world to recover a special relic before it sinks into the bad hands. 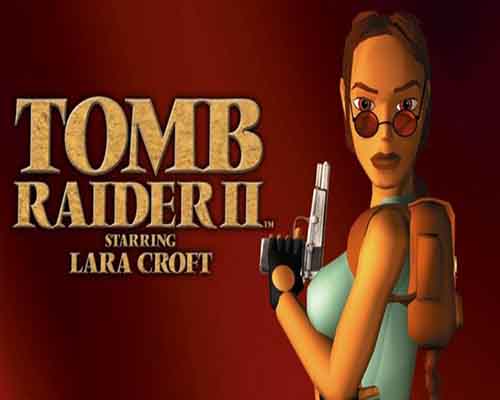 The second installment in the Tomb Raider series invites you to join Lara as she travels around the globe to retrieve a precious artifact before it falls into the wrong hands. The legendary artifact, the Dagger of Xian, is said to give its possessor the power of a fire-breathing dragon.
Tomb Raider II suffers a bit from being a sequel released a year after the first game. While it has some improvements, especially the controls and movement options (which were already good), there are some also infuriating elements. There’s a heightened difficulty curve compared to the original game, even in the first level with some insane traps. Combat is a step back from the first game due to the plethora of hitscan gun-using enemies that fill the levels and the annoying aiming and camera issues that come along with them. Some of the platforming also gets ridiculously frustrating; one water-based area, in particular, stands out, with the player falling down due to very precise jumps and then having to swim around to find a ladder and try it all over.