Third Front is a Strategy game for PC published by Hamsters Gaming in 2018. Act as one of the countries in the great battles of history.

You have to lead your army in a grand-strategy game better than the other sides. Players should control them good enough to win the battles. 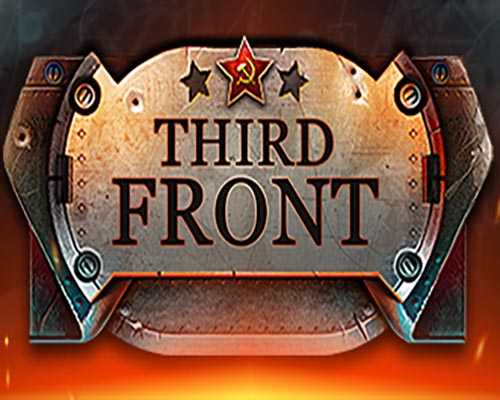 Have you ever wanted to rewrite history? Are you ready to take on the role of ruler of the nation and take responsibility for the destinies of millions of people? This game will give you the opportunity to show yourself as a genius tactician and commander-in-chief of a huge army! The allies will help you defeat your enemies and achieve your goals. Your task will be not only to seize cities and take care of their development, but also to defend the cities, because the enemy will constantly try to breach your defense!

Never stop on what has been achieved! Do not limit yourself to one region after total defeat of the enemy. Strike your former allies and prove that you are worthy to rule the world! Choose from three nations – the USSR, Germany and the Allies – and pave your way for each of them.

Create your own army yourself! Discover new and new opportunities, manage not only infantry and tanks, but also the construction of a fleet of warships, lead the creation of fighters and much more! Do not forget about the defense of your cities – decide for yourself where to dig a trench and install Czech hedgehogs. Choose yourself which city will be an impregnable fortress for your enemies and where exactly you will entice the enemy. You completely control the battle, and it’s up to you to decide how to dispose of your troops. In addition to protecting your territory, you will often face enemy saboteurs and think carefully about how to get rid of spies.