The StoryTale is an Action, Adventure and Platformer game for PC published by Maxim Nuriev in 2019. Everybody stays alive and healthy! 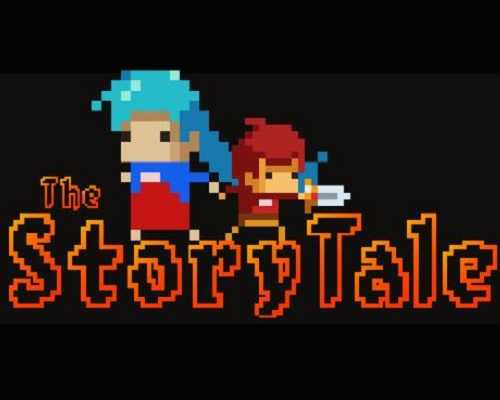 The StoryTale – is a fairy tale platformer where everything goes bing-bang-boom, but everybody remain alive and healthy. It’s a game where you constantly forget the spells and the weapons are cursed. But even in the midst of the swirling action you can stop and think over the next step. The Little Princess didn’t want to be a queen. Her secret dream was to become a sorceress. One day she quietly left the palace in search of a magical amulet. Another hero of our story was the prince. The Immortal Prince. As soon as he learned that the princess from the neighboring  ingdom was lost in dark dungeons, he quickly went ahead to find and save her. And that’s where the StoryTale began…

The StoryTale tries to set itself apart by having somewhat tricky gameplay but still be a family-friendly game. For the most part, it works. There’s zero gore and no lives to worry about. But, we found the game too repetitive and easy to enjoy.

It’s not challenging for me. There are a couple reasons. First, there are a lot of checkpoints. There are 70 short levels but there’s also a lot of checkpoints in those levels. Second, the prince character cannot die. Third, enemies will become bored and go to sleep or ignore you if you die too much. Therefore, with enough persistence, anyone can play the game.

Features of The StoryTale: