The Elder Scrolls Adventures Redguard is an Action, Adventure, and Open World game for PC published by Bethesda Softworks in 1998.

Redguard is not a role-playing game. It is in fact an adventure game whose story takes place in the same universe as the other games in the series, but at an earlier time, more than four centuries ago. 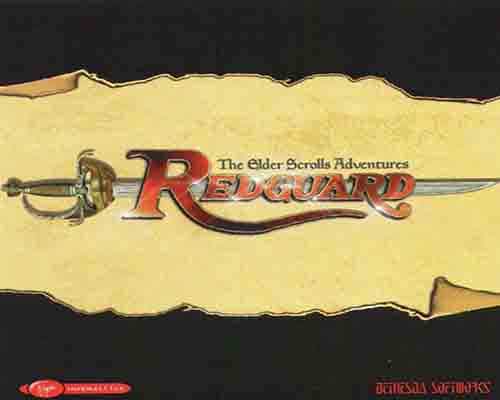 Redguard‘s storyline takes place amid the Tiber Wars, shortly after Tiber Septim’s Third Empire conquered and occupied Hammerfell. The death of Hammerfell’s king had sparked a civil war between its competing political factions, the Crowns and the Forebears, the former led by the king’s son, Prince A’tor.

Septim sided with the Forebears and pushed the Crowns back to Stros M’Kai, where his best admiral, Lord Richton, and the mercenary dragon Nafaalilargus crushed Prince A’tor’s remaining forces at the Battle of Hunding Bay. Richton’s Dark Elf assassin Dram shot A’tor with a poisoned arrow, and despite the wizard Voa’s attempts to save the prince, he seemingly did not survive. In the months that followed, Richton was named provisional governor of Stros M’Kai, a position he has held ruthlessly at the expense of the island’s residents.

Cyrus is a mercenary under the employ of the Khajiit crime boss S’rathra. In Wayrest, he receives a letter from his old mentor and friend, Tobias. Tobias urges Cyrus to come to Stros M’Kai, where his sister has gone missing. Cyrus travels by ship, but as he nears the island, a group of Restless League pirates raids the ship. He dispatches them without trouble and the ship docks at the harbor. At the Draggin’ Tale inn, Tobias fills Cyrus in on further details.