The Adventure Pals is an Adeventure, Action and RPG game for PC published by Armor Games Studios in 2018. Enter a fantasy world.

A little kid is on his great adventures! You have to help him pass the obstacles in the beautiful environments. 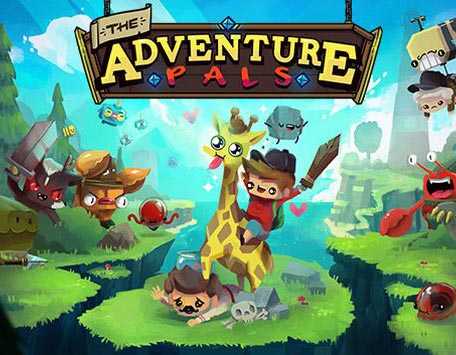 The Adventure Pals is an action-packed platformer about friendship, exploration, and riding your giraffe. Mr. B is kidnapping old people and turning them into hot dogs! It’s up to you and your best buddies to save the day. You’ll leap, slash, and blast your way through increasingly madcap levels filled with traps, weird and wild enemies, treasure, and more.

Along the way, you’ll help a whale regain confidence, take a side in the battle between toast and dinosaur, travel to a legendary sunken city and decide the fate of a Pirate election. Explore the world on the back of your giraffe. Your travels take you across a huge land filled with zombie pirate cats, post-apocalyptic dinosaurs and hotdogs that poop explosive mines. Explore the mystical forests of Treevale, hike the haunted craters of the moon and dive into the depths of the ocean to find the lost city of Crablantis.

Inspired by classic platformers and cartoons alike, The Adventure Pals combines hilarious characters with rip-roaring platforming and combat. Level up to learn special abilities, throw bombs and whack things with your sword. Find cupcakes to unlock costumes and fill your scrap book up with secret stickers. The game is a mixture of lovingly handcrafted platformer levels, combat focused arenas and RPG-like locations with townsfolk who provide quests, items and other goodies for you to buy to aid you on your journey.

Features of The Adventure Pals: