Test Tube Titans is an Action, Adventure and Fighting game for PC published by Ghost Time Games in 2020. Fear in the city!

All you have to do is to grow a randomly made monster in your lab and send it to a city to bring fear to the city. 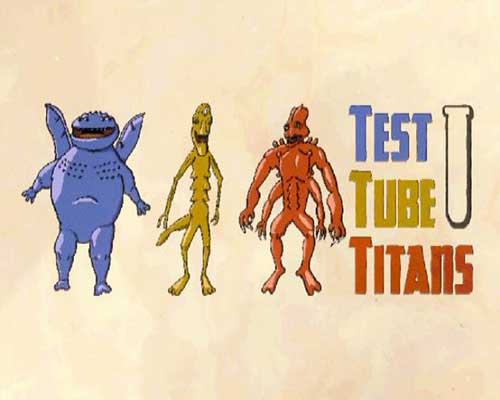 A good game with a quirky concept that provides a good progression curve in the handling of monsters. With a little practice, we start to collapse the buildings with the help of overturned kicks. The generation aspect of monsters is nice even if sometimes it is difficult to know if the monster will be viable. Despite the fact that the graphics are not fantastic, it remains readable and fun to play.
You have to achieve certain amounts of monetary value destruction to progress to the next level/mission. Each victory brings more stats and abilities and leveling up to crush society with. A standard mission consists of your titan growing to full size on the outskirts of a town or city.
There are trucks, helicopters, and cars rolling around. Obstacles include power lines, rivers, windmills, and wrecking balls. You can destroy anything. Grab cars, helicopters, and cops ( even eat them if you like ) As your energy goes down under gunfire, and it will, the game alerts you to this and tells you to ‘Go For It !’ You now have infinite stamina to rampage before you die. Secrets / Rare ingredients can be found during play to be used back in the lab.

Free Physic Based Game 5Monsters In The City 1