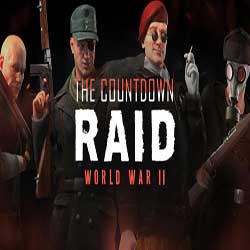 RAID World War II The Countdown Raid is an Action, Adventure and RPG game for PC published by Starbreeze Publishing AB in 2017.

The game takes us to the distant times of the Second World War, where we act as a kind of resistance detachment.