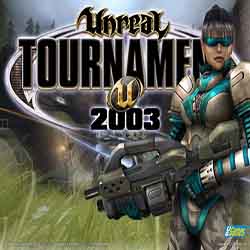 Unreal Tournament 2003 is an Action, Adventure, and Shooter game for PC published by Infogrames in 2002. A nested structure with many overlapping paths!

Liandri Mining Corporation launches a new championship to test the skill and strength of various gladiators and award large prize money to the winner.