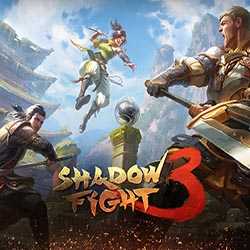 Shadow Fight 3 is a Role-Playing game for Android published by NEKKI in 2017. Prepare yourself to fight the legendary heroes again.

The third version of Shadow Fight has lots of great improvements than the other two versions. The game has got lots of details now.