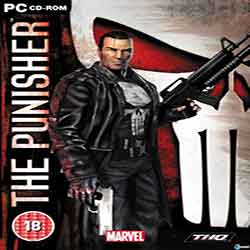 The Punisher is an Action, Adventure, and Shooter game for PC published by THQ, Marvel Entertainment in 2004. Punish them all!

The game is played by the anti-hero of Marvel Comics , The Punisher . After his family is murdered by the mob, Frank Castle dedicates his life to punishing criminals.