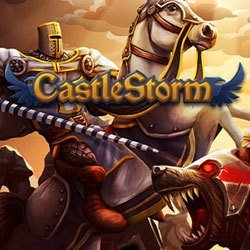 CastleStorm is an Action and Strategy game for PC published by Zen Studios in 2013. Attack to the enemy castles and collect resources.

Knights are fighting against Vikings. Take the role of them to defeat all of the Vikings in the area. Also get the war’s loot after the success.