Swords and Soldiers 2 Shawarmageddon is an Action and Strategy game for PC published by Ronimo Games in 2018. Mine golds and with it push back enemies!

Fight with the golds you have mined to control the map and push the enemy back to their base in a highly tactical tug of war. 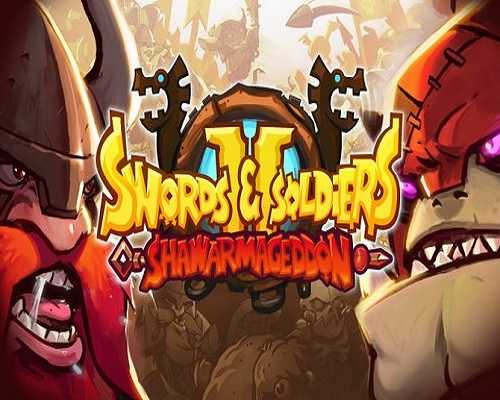 Swords and Soldiers 2 Shawarmageddon is an action-packed side-scrolling real-time strategy game from the makers of Awesomenauts. Battle in online and split-screen multiplayer, duel the devious AI in skirmishes, or enjoy the extensive single-player campaign.

Mine valuable gold so you can unlock any of the 50 units, buildings and spells that suit your playstyle, then unleash your armies and magical powers to counter your opponent’s strategies and make sure nothing’s left of their base!

A 10 hour single player campaign gives you command of Redbeard and his Vikings. Join them as they fight their way through the forests of Vikingland, the scorching sands of Persia and even the nether regions of Hell, on a quest to retrieve the sheep that have been stolen from their favourite shawarma shack. Time to settle this injustice the Viking way!

Features of Swords and Soldiers 2 Shawarmageddon: