Super Life of Pixel is an Adventure game for PC published by WhiteMoon Dreams, Inc. in 2018. A friendship based on the evolution of game systems!

You are a square with a face named Pixel who has befriended a professorial pixel with a face who often shows up to give hints. 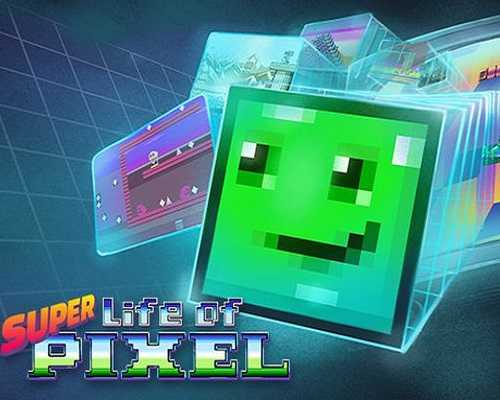 Join Pixel as he quests through gaming history, teleporting across the most iconic video game systems of generations past. He’ll have to jump, dodge and play smart if he wants to survive all the traps, puzzles and enemies waiting to take him down at every turn. Move, think, jump or die is the motto Pixel must live by if he wants to unlock the next console on his historic journey.

Features of Super Life of Pixel: