SunAge Battle for Elysium is a Strategy and Sci-fi game for PC published by vertex4 entertainment ltd in 2014. A great battle has been started.

There are many countries that try to be the winner in this battle. You should choose your side to become a hero. It’s not easy to rise between lots of countries. 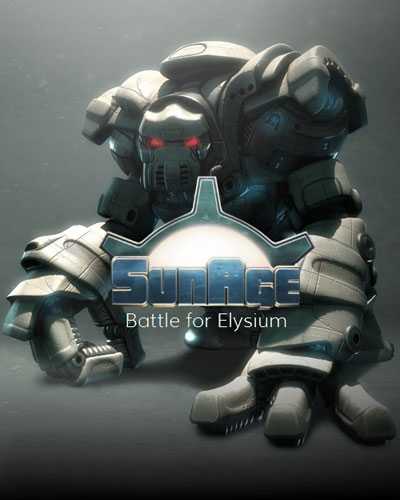 There is a training system for players who are beginners. You can learn how to be a professional commander at this part. But it’s not enough. You need more experiences on the real battlefield. If you know something about this game’s gameplay, You can skip the tutorials too. SunAge Battle for Elysium includes lots of environments which get used as battlefields. There are three sides named Human, Sentinel and Raak-Zun that you can choose on of them.

This strategy game also has three campaign modes with twenty five missions. You have to finish the first campaign to access the other campaigns at SunAge Battle for Elysium. Your equipment can be really effective on a battle’s result. So, You need to purchase the most powerful items to use them as well. Remember that the enemies will use modern weapons to face your army too. If you’re ready to experience challenging wars, Don’t miss this game.

As some of you know, SunAge Battle for Elysium is a remastered version of this classic title. It was released on 2007 for PC. But this version has lots of improvements inside. If you were a fan of SunAge, This version would be really enjoyable for you.

Features of SunAge Battle for Elysium: