SUCCUBUS is an Action, Adventure, and Hack and Slash game for PC published by Madmind Studio in 2021.

You slip into the role of Vydija, a succubus who, together with King Nimrod, rule over the Hellmouth. Since Vydija didn’t think much of the office as the queen herself, she hunted around in the wilderness to hunt demons. 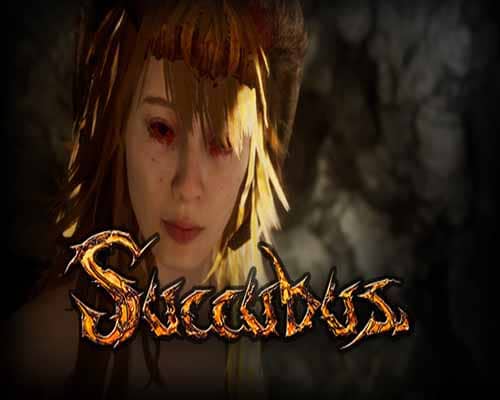 When she faced Baphomet, she was captured and maimed. Baphomet wants to control the Hellmouth and the beast that King Nimrod keeps in check. Driven by revenge, Vydija goes on a search and leaves a path of blood … and other body fluids …

Succubus is a hack n` slash that relies on hand-to-hand combat from a first-person perspective, paired with blood & gore elements. Here you have a small selection of different types of weapons, such as two blades, swords, spears, hammers, or scythes. Depending on what suits you better, you can bring up to three weapons into the level at the same time. By killing enemies or harmless people, you get their souls now and then and can thus upgrade your weapons afterward, which not only change their stats but also their appearance.

The fighting system of Succubus is kept very simple. Each type of weapon has a special attack for quick attacks, which can either be a throw or a hard blow. You will also be able to make use of your surroundings by kicking your enemies in spike traps or in tentacles, which in turn beat your enemies properly to their death. Of course, you can also kick your enemies out of the level in a classic way. In addition to physical attacks, there are also skills, such as the fireball or a shield, which are determined by your current armor. In addition, the different armors take care of your general stats, such as your stamina or your speed.