Stay Alight is an Action, Puzzle and Casual game for PC published by Wyse Games in 2015. Join Mr. Bulb on his dangerous adventures!

The cartoonish microbes are polluting everywhere! Can you be the survivor in this world? You should also save the other creatures from the pollution. 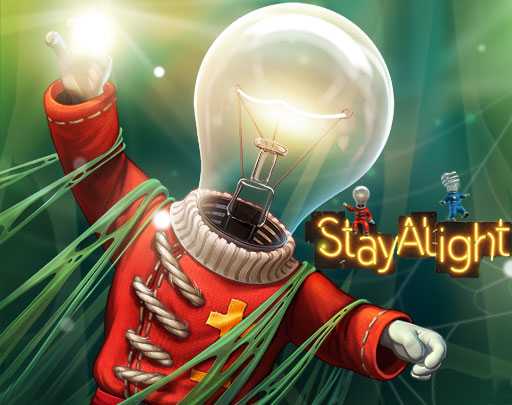 The number of the microbes is so high. You won’t be able to defeat all of them at the same time. So, There are different kinds of levels with unique environments for Stay Alight. You should prepare Mr. Bulb to remove the microbes one by one. He has some skills that can be used for this. But these skills need to be improved by passing the levels. Because the number of the microbes will get increased. They will also become much stronger than before.

If you pay more attention when you’re shooting at the microbes, You can destroy more of them. It depends on your creativity that how many microbes get defeated by one shot. Stay Alight includes eighty levels with lots of challenges. There are also some hidden treasures that can be collected by the players. Some of these treasures are so much valuable. But they’re rare to find. It means that you should try hard to find them from the hidden areas.

As some of you know, Stay Alight got released for mobile phones at first. When the users liked it so much, The developers decided to publish a PC version of this action puzzle game.