Spider Man 3 is an Action, Adventure, and Fighting game for PC published by Activision in 2007. The plot changes radically compared to the movie!

The game is based on the homonymous movie Spider-Man 3 and gets its settings from the movie, the Spider-Man comics, and the Marvel Universe. 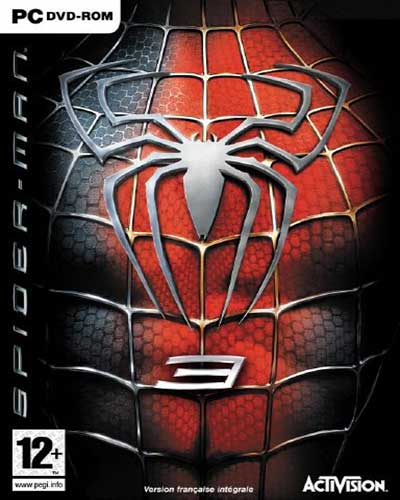 The game begins with Spider-Man swinging to a building in flames. Start a small tutorial and when you finish it, you continue advancing through the building defeating the arsonists and defusing the bombs. The level concludes by saving a girl about to be blown up by a bomb. Then it happens the next day. His best friend Harry Osborn doesn’t talk to him anymore and he has a new rival at the Daily Bugle: Eddie Brock. Meanwhile, escaped convict Flint Marko falls into a reactor and turns to sand. A small meteor collides, with a symbiote inside.

Spider-Man takes Mary Jane Watson, his girlfriend, on a walk through the skies of Manhattan, and takes her to Central Park. Then, he tells her about Harry. Mary Jane comforts him; as they talk, the symbiote sticks to Peter’s shoe. Meanwhile, Harry emerges from a chamber in the Green Goblin’s lair, filled with Goblin gas. Now he is a new villain.

After visiting his science teacher, Dr. Connors, he turns into the Lizard by using a serum on himself to regenerate his right arm. The Lizard turns other people into lizards, then escapes down the sewers. Spider-Man follows him and defeats him, but the Lizard escapes through the sewers. Harry (now the New Goblin ) attacks Peter. They have a high-flying battle over the Goblin’s speeder, but the Goblin is defeated and loses consciousness. Peter takes him to the hospital, where he is treated.