Spec Ops The Line is an Action, Adventure, and Shooter game for PC published by 2K Games in 2012. A third-person shooter with an emphasis on team tactics!

The player controls Captain Walker, who is accompanied by a Delta Force team on a mission to rescue Konrad, a missing US Army Colonel in Dubai. 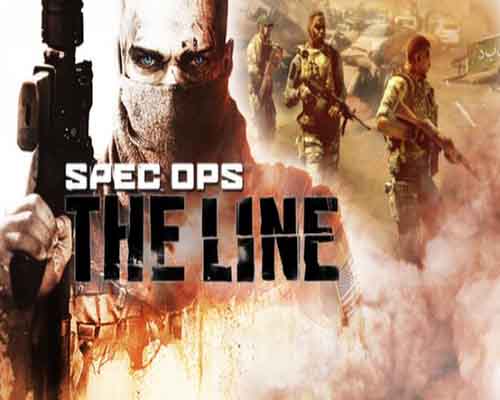 The player can select from four difficulty levels: Walk on the Beach, Combat Op, Suicide Mission, and the hardest difficulty, FUBAR, which is only unlocked after completing the game on Suicide Mission. Various new weapons and equipment become available as the game progresses, some dropped by downed enemies. These include several different rifles, handguns, and machine guns. Some offer alternate firing modes, like attaching a suppressor or using a telescopic sight. Players can also acquire and make use of grenade launchers, hand grenades, and rocket launchers. However, the player can only carry two weapons at a time.

As a third-person shooter with an emphasis on squad-based tactics, players can issue commands to Sergeant Lugo and Lieutenant Adams, who accompany the player for most of the game. Available commands include focusing fire on one particular target and ordering medical attention for an injured squad member. Adams can defeat enemies by using heavy gadgets or throwing grenades, while Lugo provides sniping assistance. Environmental hazards like sandstorms occasionally occur, drastically reducing the player’s vision and visibility. Sand becomes a key gameplay mechanic and players can manipulate it at scripted moments in the game, such as triggering a sand avalanche to bury enemies alive. When a grenade explodes on sand, dust clouds that can blind enemies are formed. Sand sometimes opens up new paths to allow players to progress.

Features of Spec Ops The Line: