Snakebird Primer is a Casual game for PC published by Noumenon Games in 2019. Discover how all these mechanics should be combined!

Snakebirds are a special kind of snake that is comprised of square segments. The goal of every level is to eat all the fruits and reach the portal. 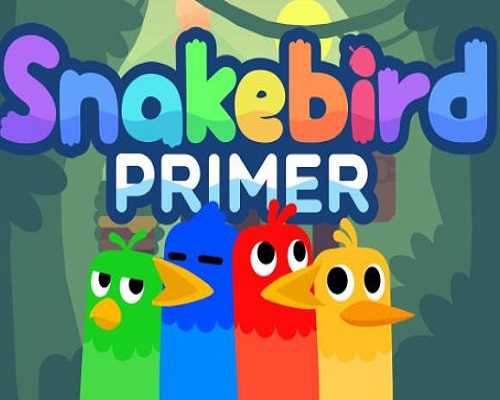 Don’t be fooled by the cute, colorful, kid-friendly cartoony graphics, since Snakebird’s levels are far from being a kids play! Its sequel, Snakebird Primer, takes the art and mechanics from the original game and combines the latter into new puzzles, this time much more accessible and enjoyable. A very good decision from my perspective, since Snakebird’s original difficulty most likely put off a lot of people, preventing them from discovering what a great game it is.

With Snakebird Premier though, this can easily be accomplished and even more than that: playing it before attempting to dive into Snakebird can help you learn some extremely useful tips and tricks, thus making the Snakebird experience less frustrating. While in Snakebird the learning curve is pretty harsh and there are only a couple of levels that are easily approachable, Snakebird Primer does a great job at sequentially introducing the different mechanics, teaching you new ways of thinking by offering puzzles that can be solved in one way only.

You probably still end up trying and failing a level several times before you finally get the solution right, but we can assure you that what seemed impossible at first will become in the end a realization of how brilliant these puzzles actually are. Now you can play this game for free in freegamesdl.