Sky Sanctuary is an Action, Adventure, and Sports game for PC published by Glitchr Studio in 2020. A samurai game!

We had loved Fruit Ninja VR. Sky sanctuary stays in the same vein and even offers more things than its competitor. 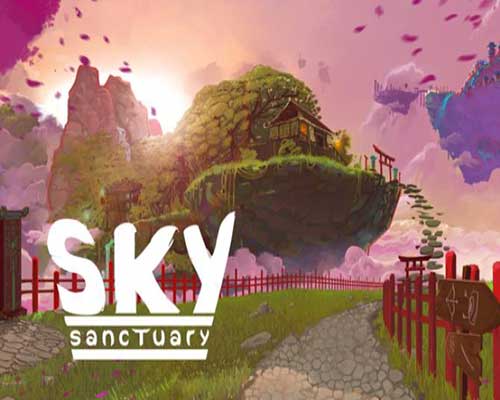 The player slips into the role of a samurai and can practice his skills in handling traditional Japanese weapons at various stations and compete with other players on a leaderboard. Various weapons are available. From katana, throwing star, bow and arrow, to smoke bombs and stylish mini flamethrowers. Gameplay: In Sky Sanctuary you find yourself on an island floating above the clouds, which houses a huge Japanese dojo. Movement is via teleportation. A little flying robot, which is reminiscent of the one from Robinson: The Journey, gives us tips and explains the game to us.

The very pretty environment, created with attention to detail, basically serves as a kind of huge lobby, from which we make our way to the individual game stations, or use the environment to test our weapons as we like. The fireworks installed all over the floor invite you to ignite and linger.

For the early access release, Sky Sanctuary offers a sufficient package of games and weapons. We can use a leaderboard to compete with other players in archery and sword fighting. Further competition modes and weapons are to follow in the course of the EA phase. In sword fighting there is currently only one game mode in which we can choose between 3 levels of difficulty. There we have to cut through bamboo mats as precisely as possible with the virtual katana, if possible without unsuccessful attempts.