Siralim 3 is a RPG and Adventure game for PC published by Thylacine Studios LLC in 2018. Face enormous monsters in dungeons.

You will play as a hero who should defeat lots of these monsters. If you want to become much stronger, You have to fight hard. 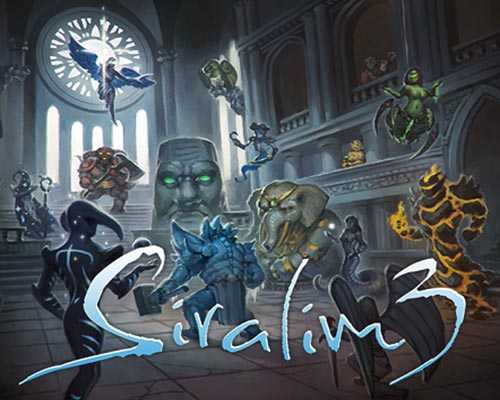 The King of Siralim, tainted by an unknown force, has brought war to the lands of Rodia, capturing all of the country’s kingdoms and slaughtering their people in the process. Now, only one kingdom remains that can stand against this unlikely adversary: Nex. As the king (or queen) of Nex, it is your job to fight back against Siralim’s tyranny and return peace to Rodia once more.

Your primary goal in this game is to collect creatures to fight for you. There are over 700 in total, and each one has a unique trait that improves its abilities in battle. You can acquire new creatures either by finding them in the wild, or by breeding two of your own creatures to make them lay an egg. For example, you can create a Gula Sin by breeding together a Wyvern Sonicscreecher and an Aaxer Apocalypse. Keep your eyes open for ultra-rare “Singular” creatures, which are creatures that have a unique color scheme compared to their normal counterparts. Each creature also has its own lore that you can read about in the library. In total, our creature lore contains more than 55,000 words. That’s the size of a novel!

If you’re in a hurry, we’ve written a short list of features Siralim 3 has to offer. You can read about each feature in more detail by scrolling down past this list.