SINNER Sacrifice for Redemption is an Action game for PC published by Another Indie in 2018. Battle the toughest bosses ever!

Pick up your weapons such as your swords and get ready for the tough battles ahead. 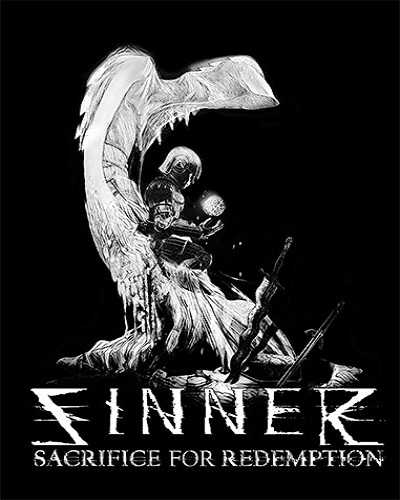 Rise from the depths a crumbling kingdom and to the challenge of defeating increasingly difficult demonic bosses. Choose aspects of yourself to weaken before defeating the avatars of Sin in the boss battler Sinner: Sacrifice for Redemption. Inspired by classic boss-battlers and modern skill-based action RPGs, with a dash of gothic anime styling and horror storytelling, Sinner promises a thrilling and bone-chilling experience.

A lone warrior stands on a strange shore, his mind clouded and his past forgotten, but an unstoppable force drives him on. He is Adam, guilty of a great sin and drawn to this place by powers as secret as they are terrifying. As his home, the Kingdom of Cavanis, languishes in blasphemy, Adam must face a series of trials in a desperate quest for redemption.

This is a totally original game that’s nothing like Dark Souls at all. Wait—-scratch that. It’s basically the biggest rip-off since—uh, “something else” copied “something” by tossing “else” at the end. There’s no getting around the elephant in this room; this is very much From Software’s bag of tricks on display here. There’s nary a hint of originality to be found… but, perhaps surprisingly, acknowledging this unavoidable fact yields an ever-greater truth: that doesn’t matter in the slightest bit here. “Sinner” does what it does, and it does it really damn well.

Features of SINNER Sacrifice for Redemption: