Sine Mora EX is an Action and Arcade game for PC published by THQ Nordic in 2017. It’s the time to get on your airplane for sky battles.

Thousands of enemies such as robotic ones are destroying Earth with their powers. You should face all of them to save your planet. 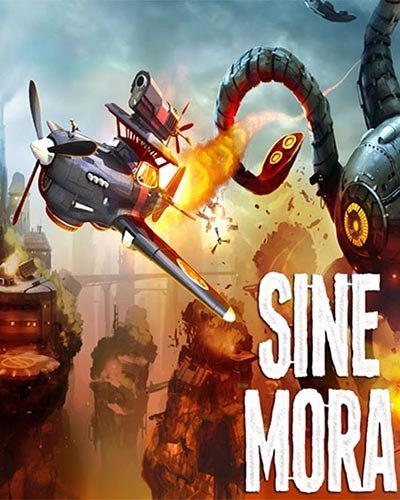 Sine Mora EX is a side-scrolling shoot’em up that provides a unique challenge, where time is the ultimate factor. Mixing classic shooter sensibilities with contemporary presentation, Sine Mora EX is a gorgeous shoot’em up offering both a Story Mode that weaves an over-the-top tale and an Arcade Mode that provides deep, satisfying gameplay to challenge fans of the genre. With many ways to manipulate time, Sine Mora EX features over 50 weapon combinations to complete each beautiful stage that fits to the player’s skills with scaling difficulty. Soundtrack composed by Akira Yamaoka and featuring boss designs by Mahiro Maeda.

Graphically speaking, the devs improved even more the beauty of the game. Challenge is at the right level. Plenty of things to do after finishing the campaign, despite its 12 achievements. Here is how they work: you need to complete a set of objectives (say 6, 7 stuffs at least) within the game to reach higher ranked badges (kind of a pilot classification), so the achievements are tied to these badges, so don’t think it will be easy. Specially the last two stages are absurdly well made and dynamic. Soundtrack is also great, also it has a fairly complex plot, which you require you to reread and consequently play again.