Shower With Your Dad Simulator 2015 is a Simulation, Casual and Action game for PC published by marbenx in 2015. Take some showers!

You’ve lost your father among lots of men who are taking shower. You have to find him to experience a nostalgic feeling! 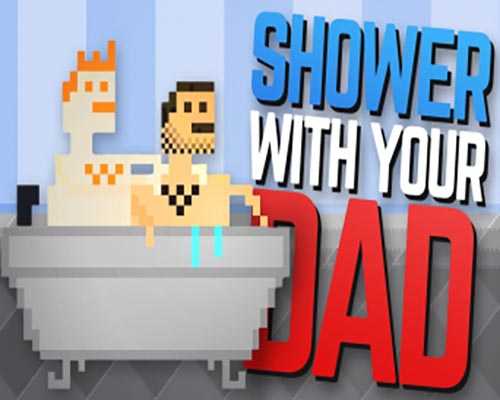 “Shower With Your Dad Simulator 2015: Do You Still Shower With Your Dad?” is a fast paced shower-simulation where you shower with your 8-bit dad. Easily the best dark fantasy game on steam right now. Endless role playing possibilities as you endlessly try to shower with the right dad. The game constantly challenges you in ways you probably didn’t know were possible.

Don’t let the 8-bit graphics fool you, this game is immersive as it is psychologically deep. In no time you will be uncovering new or old feelings for your dad that may previously have been confusing. There is a distinct variety of dads in the game however, one day we hope mod support is introduced to let the true spirit of the simulator to be unleashed and more scenarios, game modes and desirable dads be uncovered. On whole, this game gets a score of dad/10.

Essentially you try to match the son with the correct dad. It may seem simple, but as you progress through the levels, more obstacles appear. The obstacles are fun, humorous and contextually relevant (most of the time), and make the game increasingly challenging but still enjoyable. As you play more, or reach certain scores, more modes are unlocked. One of these modes is a short point-n-click type mini adventure game (“Soapico”); another is where you control a son in a bathtub, who has to shoot down incorrect dads while simultaneously picking up correct ones (“Inglorious Bathdads”). Each mode (except for Soapico) tests essentially the same matching skills, but in different ways.

Features of Shower With Your Dad Simulator 2015:

2 Comments ON " Shower With Your Dad Simulator 2015 Free Download "