Rocket League is an Action, Racing and Sports game for PC published by Psyonix Inc in 2015. The league of battle-cars has started!

First of all, You need to complete the tutorial part with the cheapest model of cars. When you got ready for the real battles, You will have your own car. 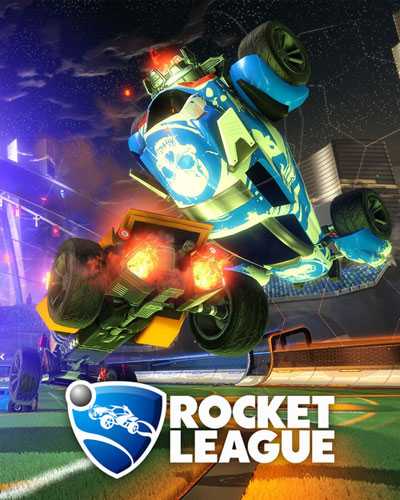 There are many choices (game modes) to experience this game. As you don’t get the original version, You won’t have access to the multiplayer part. Don’t worry. The singleplayer mode is enjoyable enough to enjoy the battles. Because you can play with your friends locally too. Up to four players can experience this game by using splitscreen mode without using internet. There will be two teams in each battle of Rocket League. It’s possible to join one of them to start playing.

Each team tries to shoot the special ball into the opponents’ goal. You need to co-operate with your teammates to get scores in the battles. There are no limitations or rules for you in the matches. The battle won’t stop even if the cars get damaged. You’re free to customize your owned cars by earned money. The more battles you win, The higher amount of money you earn in Rocket League. There are different kinds of new cars that you can purchase them on the store by money.

As mentioned, The multiplayer mode is the most enjoyable part of this action racing game. If you want to unlock new sessions in Rocket League, You should buy the original version on Steam.