RESONANCE OF FATE END OF ETERNITY is an RPG game for PC published by tri-Ace in 2018. As mercenaries save humanity!

A game where in the distant future, the earth is polluted and ruined and the machines are the ruling class standing over humanity. So the protagonists working as mercenaries. 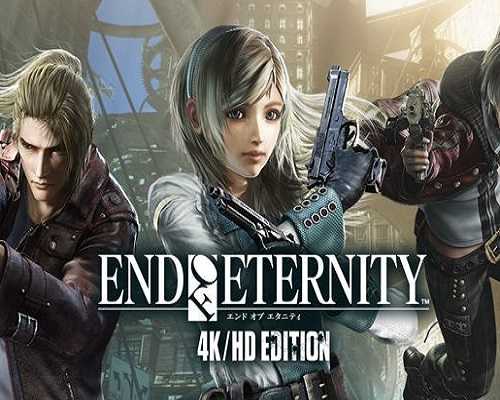 A tale of guns and emotional bonds woven in a world about to meet its end. The fate of the world is changed in a flurry of bullets. The curtain opens once again on this symphonic gunplay RPG in a new 4K/HD EDITION package. Enjoy blazing gun battles as you fly through the air in this story that plays out in a ruined world with high quality graphics. Play the game on a 4K compatible system and experience the fateful story in incredibly high resolution.

The rich story based around the theme of fate as the end of humanity plays out. A battle system unlike any you’ve ever experienced, that combines strategy with fast-paced thrills. With many magnificent music pieces composed by Motoi Sakuraba and Kohei Tanaka.

Humankind, realizing it’s on the brink of extinction, creates a massive environmental conservation device known as Basel, entrusting the very cycle of life and death to a machine. Let the story of their intersecting fates begin.

Features of RESONANCE OF FATE END OF ETERNITY:

0 Comments ON " RESONANCE OF FATE END OF ETERNITY Free "