Resolutiion is an Action, Adventure and RPG game for PC published by Deck13, Mayflower Entertainment, WhisperGames in 2020.

A combat RPG with an outstanding art style, similar to that of Hyper Light Drifter, and a great atmosphere. 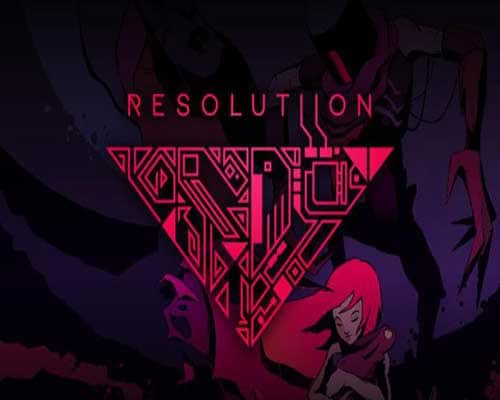 In a dystopian world where human beings have laid down their humanity for eternal life, as an Eternal Empire soldier, you will escort an AI through the adjacent areas to ensure the immortality of the Eternal Empire. The story is told through three different perspectives. Memories give you insight into where you come from and how you became one, NPCs tell the story from their point of view and larger blocks of text fill the gaps with a neutral narrative. The stories expand the dystopian feeling, even if the writing style wears off in some places.
A total of up to 9 gadgets can be found, most of them are generally used to unlock new sections of the map. In addition, there are isolated puzzles that challenge the player. The game uses a checkpoint system, but it is more intended to save long distances than to save progress since progress is saved automatically.
The character can be controlled with a keyboard (& mouse), but the controller is profiled as the best control option. The controls are very reactive, which means that they do not hinder the flow of the game. It takes almost 6 hours to complete the main story. In addition to the mission, there are other storylines and secrets that can be researched and revealed.