Protolife is a Strategy and Sci-fi game for PC published by Volcanic Giraffe in 2018. Make new lives in a new planet out of Earth.

You will have lots of modern equipment that you can use to grow up faster. There also will be lots of problems on your way. 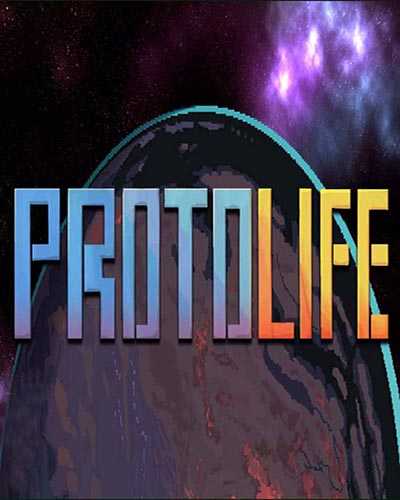 15 years since the first colonization parties landed on Gagarin-5. 15 years of tedious yet satisfying work on making this planet our home. I miss these years now. It all happened in mere days. The corruption spread across our lands, waves of crimson doom washed away our mushroom farms, and giant worms devoured our cities. As far as I know, only few thousands of people were able to escape into the emergency bases. Now the thing.. is dormant. It sleeps during the day, and grows only slowly over the night, filled with tumors, blights and rolling, nauseating pink lights.

This small opening seems to be our only chance to fight back, to clean the planet. And we are sure to take it. Stand to defend a distant human colony against the growing lifeform that devours everything in its wake. Build complex defenses from the simplest element possible – a single block, save few remaining settlements and clean the planetary surface from the corruption in this original tower-based RTS.

Initially built for a Ludum Dare 38 game jam, it was completely redesigned, got a graphics update, tons of new content, but still works around a simple idea: build towers from blocks, contain the enemy, survive the night onslaught and strike back.