Project IGI Im Going In is an Action, Adventure, and Shooter game for PC published by Eidos Interactive in 2000. Oldies but goldies!

With the help of Anya, the protagonist Jones infiltrates the base of a Russian arms dealer named Jach Priboi in order to capture him and obtain information about a stolen warhead. 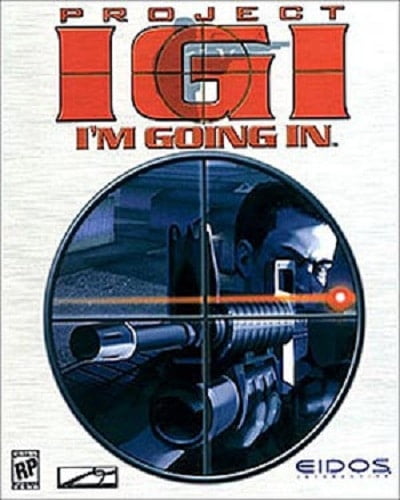 David L. Jones is a field agent sent on a mission to stop the arms trafficking of Josef Priboi. By completing various objectives, he will realize that the real brain of the operation is none other than Jach, Josef’s uncle. He succeeds, but the evacuation fails. The Russians, who are hostile to him, take Priboi and Jones’ equipment with them so that his next job is to empower himself. Another objective of the mission is to capture Priboi again. When he learns from an interrogation that Ekk is a spy for the Russian, he sets off to catch her and the nuclear weapon to find. Ekk escapes when she first meets Jones, but Jones kills her after finding her second hiding place as well.

The game is a game of infiltration into view in the first person, the player directs David Llewellyn Jones, a member of the British Special Forces. Equipped with very realistic weapons, copied from real licenses, he must fulfill various objectives and progress in various bases and camps mainly in the USSR. The player can run, jump, climb ladders, but also slide on cables or climb over fences, but also hack computers too, for example, neutralize surveillance cameras.

The difficulty of the game is maximum because the player has no save points and the game uses damage localization, sometimes it will only take one bullet to force the player to start the mission over from the beginning.